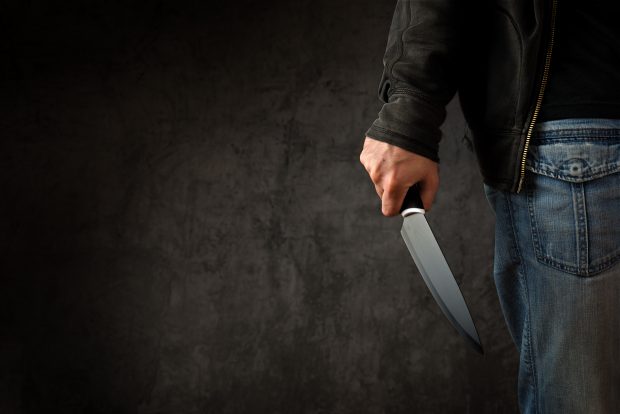 The Minister for Crime, Safeguarding and Vulnerability, Victoria Atkins, has written for The Voice about the vital role of communities in tackling serious violence.

See below for the full article.

The Minister for Crime, Safeguarding and Vulnerability, Victoria Atkins said:

The school summer holidays should a be a care-free time for young people up and down the country, perhaps a time to recharge after finishing exams. It shouldn’t be a time for parents to worry about their child’s safety. Last year the number of homicide victims aged 16 to 24 years old increased by 20%, while victims under 16 increased by 50%.

This reality is one of the many reasons we recently launched our anti-knife crime lesson plans- to provide teachers with the resources they need to communicate the consequences of carrying a knife. The lesson plans which can also be downloaded by parents for free, are based on our #knifefree campaign which focused on inspirational stories of people diverted from a destructive path of violence and gangs and instead engaged in positive activities that gave them a sense of fulfilment and belonging. This approach is not about scaremongering or stopping kids from being kids, but it is about working with schools and communities to do all we can to keep young people safe. The campaign and the lesson plans bust myths and focus on the reality of carrying a knife. For example warning youngsters that carrying a knife can result in a four year prison sentence and far from giving you protection, it can increase your risk of getting stabbed.

As many youth charities will attest, ‘prevention is better than cure’. This is exactly why when the Government launched the £40m Serious Violence Strategy earlier this year, it was with a focus on early intervention and steering people away from violence. In doing so we acknowledged the importance of a collaboration between a multitude of partners, including schools, health, housing services, local community groups, as well as police. This joined up ‘public health’ approach is how we plan to stem the rising tide of violent crime. Through our community fund we will support a range of organisations working to tackle knife crime and we are already providing support to groups such as Redthread who have youth workers based in London emergency departments, so they can intervene at that critical crossroad in a young person’s life when they have been stabbed. They are helping both victims and perpetrators wake up to the harsh reality of their decision to carry a knife, and in turn they can help break the cycle of violence. We are supporting the charity to expand the successful pilot to hospitals in Birmingham and Nottingham.

Our strategy is based on evidence which shows that although overall crime continues to fall, homicides, knife crime and gun crime have risen since 2014. This has been accompanied by a shift towards younger perpetrators and victims. We know there are many risk factors when it comes to serious violence such as deprivation, low educational attainment and unemployment. Figures also show that black people are proportionately more likely to be victims of homicide (32 per million compared with the 8 per million who are from white backgrounds). It’s vital that children from every community are aware of the dangers and that parents, friends, teachers feel empowered to have those frank and honest conversations and remind them that it is a choice to carry a knife.

Community engagement is at the heart of our ongoing approach. I have seen this for myself, from the many inspirational groups I have met such as Enthusiasm Trust, a group that responded to growing gang violence in Derby by reaching out to young people and addressing many of the underlying issues such as social isolation, unstable family lives and barriers to employability. These dedicated youth and community workers support vulnerable individuals who are in the clutches of gangs. In addition, through our Offensive Weapons Bill, we are taking action to make it more difficult for people to get access to lethal weapons.

Following a spate of knife attacks over the recent bank holiday, the Home Secretary made clear he was prepared to work with anyone determined to tackle this violence. To this end our Serious Violence Taskforce brings together charities, the Met Police, healthcare and education professionals and the Mayor of London to share expertise to prevent young people from being caught up in a life of crime. Protecting our young people is a job for everyone and we stand the best chance of making our streets safer by working together.