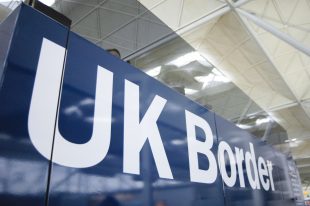 Read our response to the Home Affairs Committee's report on coronavirus measures at the border.

The Home Affairs Committee are incorrect in their assertions. All of our decisions throughout the pandemic have been guided by the science, with appropriate measures introduced at the right time to keep us all safe.

And with passengers numbers significantly reduced, the scientific advice was clear that quarantine measures for those entering the country from abroad would be most effective when the UK has a lower level of infection.

Therefore, as the virus was brought under control here, border measures were introduced on June 8 to protect public health and help avoid a second peak that would overwhelm the NHS.

Isolation guidance was not dropped on 13 March, it was superseded by the national stay at home guidance. As has been explained to the committee this meant that anyone entering the country, like the rest of the population, was required to self-isolate if they developed symptoms.

Border measures between January and March

During the contain phase of the outbreak we had enhanced monitoring at the borders to identify symptomatic travellers from high risk areas early and safely triage them into the health system.

This was applied to those returning from Wuhan on 22 January and broadened to the whole of China on 25 January, Japan on 8 February, Iran on 25 February, northern Italy on 4 March and the whole of Italy on 5 March.

National stay at home guidance was published on 12 March, superseding the above guidance and applied to everyone in the UK – including new arrivals.

By 13 March, there was sustained community transmission and a significant number of domestic cases present in the UK.

Once there was significant transmission within the UK, additional border restrictions would have a very marginal impact on the epidemic within the UK, as at that point they contributed a tiny proportion of the number of new infections.

The scientific advice was clear that coronavirus cases entering the UK from abroad matter most when the UK has a low level of infection.

Therefore, as the virus was brought under control here, border measures were introduced on June 8 to protect public health and avoid a second peak of this deadly virus.

The Home Office’s Chief Scientific Adviser, John Aston, wrote to the chair of the Home Affairs Select Committee following the Home Secretary’s appearance last month, to make it clear that on 23 March, SAGE advised that the numbers of cases arriving from other countries were estimated to be insignificant when compared to the rate of in-country transmissions. His letter also explained the rationale for introducing border health measures in June.

Throughout, the policies have been developed with input and advice from participants of SAGE, including the Home Office’s Chief Scientific Adviser.