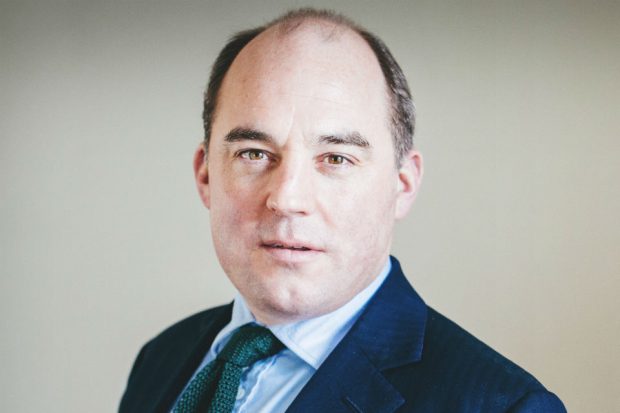 Every day I see how criminals and violent extremists 'groom' our young people to follow a path that leads to the dead end of terrorism and crime.

In today's internet age, all of us, no matter what social or religious background we belong to, are vulnerable to being manipulated by those who seek to pervert our shared values.

At its heart Prevent is about safeguarding all our citizens from being exploited.

The recent Westminster attack was a tragic reminder that the threat from terrorism is ever present and continues to evolve.

We must not let the actions of one individual distract from the inspirational leadership shown by organisations within Muslim communities who work tirelessly to challenge and confront terrorism and extremism.

Fighting terrorism and radicalisation effectively must happen on several fronts. It is not possible or desirable to resolve the terror threat we face simply by arresting and prosecuting people.

Rather than wait for an attack to happen, it is vital that we prevent people from being radicalised in the first place.

As a result of working together with local communities more than 150 attempted journeys to the Syria and Iraq conflict area were disrupted in 2015 alone.

Since 2012, over 1,000 vulnerable people at risk of radicalisation received tailored support through the voluntary Channel programme.

The type of support available is wide-ranging and can include help with education or career advice and dealing with mental or emotional health issues.

Unfortunately there are critics of Prevent who deliberately misrepresent the strategy as a Government spying tool designed to shut down debate and sow division within communities.

On the contrary, Prevent doesn’t single out communities, ethnicities or religions. It seeks to tackle the influences of all forms of terrorist ideology, whether it comes from Islamist extremist or far-right groups.

Protecting vulnerable people from early-stage radicalisation is underpinned by the same principles that front line workers (including teachers, social workers, police) apply in cases where someone is at risk of grooming, gang activity or sexual exploitation.

The Prevent duty is not sinister or something to be scared of. It sits alongside the many safeguarding obligations local authorities, doctors and teachers have had for years.

Prevent is implemented through a network of local partnerships including the 142 community based projects which were delivered in 2015/2016.

These projects are led by civil society organisations who know their communities well, who share our common values and want to challenge extremist influences in their areas.

There are valuable projects in the North West, delivered by organisations such as the Tim Parry Jonathan Ball Foundation for Peace, who provide workshops in schools to challenge extremism through powerful films and interaction with former extremists.

Community Reach, which operates in Blackburn and Burnley, offers workshops and training programmes to local community leaders focusing on the interplay between the far-right and Islamist extremism as well as the role Muslim women can play in tackling extremism.

These projects are making a real difference in equipping young people with critical thinking skills and building their resilience so that they can resist the influence of dangerous groups such as Daesh and National Action.

We in Government and our partners are not complacent. We are acutely aware that the terror threat remains at severe, meaning an attack is highly likely.

This is precisely why Prevent is needed and why we need to redouble efforts to ensure local communities are armed with the tools they need to combat the insidious terror threat.

This is why the number of frontline staff who received training has increased significantly, with over 800,000 frontline staff, including NHS staff and teachers trained in spotting signs of radicalisation.

There are clear signs this approach is working, with a report last year showing that 83 per cent of school leaders are confident in identifying risks of radicalisation and implementing the Prevent duty.

If you care about your religion, your families and your communities then the safeguarding work that Prevent contributes to is vital. It is a policy for all of us not for the few. It is a policy that is making a difference and saving lives.