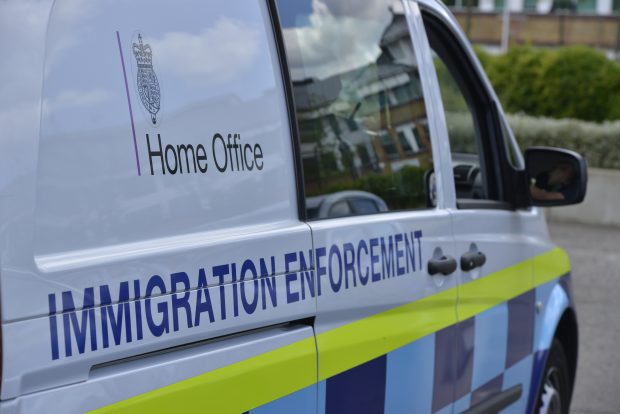 Today's Home Office-related coverage includes evidence given at the Home Affairs Select Committee inquiry into the Home Office's capacity to deliver immigration services, a High Court judgment, and calls for GPs to be added to the Shortage Occupation List.

There is coverage in today’s newspapers regarding the Home Affairs Select Committee's inquiry into the Home Office's capacity to deliver immigration services.

Newspapers, including the Mail, Sun, Times, and Express report on evidence given yesterday by former Director General of Immigration Enforcement David Wood and the former Independent Chief Inspector of Immigration and Borders, John Vine. Mr Wood told the Committee there were an estimated one million illegal immigrants in the UK, and that immigration services within the Home Office will not have the resources to manage the work Brexit will bring. The Mail notes he also highlighted the importance of Home Office measures to deter illegal immigrants to stay in the UK.

The Home Office has two separate statements on these issues, which can be found below.

Responding to claims on the number of illegal immigrants in the UK, a Home Office spokesperson said:

It is harder than ever before for those with no right to be here to remain in the UK. Whether it is working, renting a property, opening a bank account or driving a car, we can now take tougher action on those who flout the law.

There are no official estimates of the number of illegal immigrants living in the UK, as illegal migration is a clandestine activity and we do not recognise the one million figure suggested by David Wood.

We expect those with no basis of stay to leave voluntarily and where they do not we will enforce their removal. This includes foreign criminals of whom we returned more than 6,000 last year.

We are committed to ensuring that our operational teams have the resources they need to run an efficient and effective migration system, tackle illegal immigration and keep the UK safe.

UK Visas and Immigration continues to operate within our published service standards despite increasing demand for visas and immigration documents. This has been achieved through the digitisation of our processes and we will continue to use existing IT alongside new online services to deliver a high quality and cost effective service.

Border Force routinely adapts to ever-changing conditions facing the UK and will continue to use new technology, data and improved working practices to secure the border and keep everyone safe.

The Telegraph, Guardian, Mail, Times, BBC and Independent carry articles on the High Court judgment into the judicial review brought by Medical Justice on aspects of the policy on adults at risk in immigration detention.

The Home Office response can be found below.

The intention of the adults at risk policy is that fewer people with a confirmed vulnerability will be detained and that, where detention becomes necessary, it will be for the shortest period necessary.

The main focus of the judgment relates to the definition of torture. The court did not find against the adults at risk policy as a whole.

The court acknowledged that the aim of the policy is to recognise a much greater range of circumstances which may make an individual particularly vulnerable to harm in detention.

The Government is now considering how it can best address the court’s findings in relation to the statutory guidance.

The Guardian  reports that the Royal College of General Practitioners has written to the Home Secretary to ask her to put GPs on the Shortage Occupation List.

The paper quotes the College's chair, Dr Helen Stokes-Lampard, who said she was “baffled” GPs were not on the list. The article also notes that the Migration Advisory Committee was previously commissioned to review whether to add GPs to the Shortage Occupation List, but did not recommend it.

The Home Secretary will respond to the Dr Stokes-Lampard's letter in due course. A Home Office comment can be found below.

This government is committed to building an immigration system which works for everyone, and we keep all immigration routes under review.

The last time the independent Migration Advisory Committee were commissioned to review whether GPs should be added to the Shortage Occupation List they did not recommend including them.