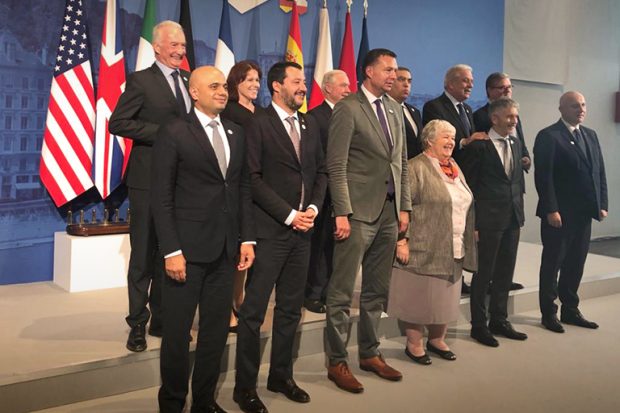 An extract is copied below and you can read the article here.

What is the conclusion of these two days of security discussion?

We work very closely, efficiently. We needed to review the main threats, such as terrorism, organized crime or hostile actions from outside states. The message of this G6 is that we want to continue this work, even when Britain has left the European Union.

If there is no agreement on Brexit, is there a security risk?

In terms of security, we have proposed a comprehensive treaty between the EU and the UK to continue to cooperate in the same way as today. There is clearly a lot to discuss, but security should be part of the unconditional topics. The other interior ministers know that the UK's contribution to the security of Europe is vital. Imagine that there is a terrorist attack in a country and that it could have been prevented by the British services, how could they justify that in front of the citizens?

Illegal immigration was also on the agenda. What did you agree on?

In 2017, we saw a drop in illegal immigration, but we agreed that we should not rest on that, there is still a lot of pressure in some areas. The work must be carried out at the level of the Schengen zone [of which the United Kingdom is not a member] but we can bring our expertise in the fight against illegal immigration and against the trafficking of human beings.

What will happen to European citizens living in the UK after Brexit?

The 3.5 million European citizens who have made the UK their home will be able to stay whether there is an agreement on Brexit or not! They are part of our economy, but also of our culture, of our society.

Do you ask for reciprocity for UK citizens living in the EU?

The European Commission says that if there is an agreement they can stay. But citizens are not pawns in the negotiation. We want the Commission to say as soon as possible that if there is no agreement, they can still stay. It should already have been done. In France, we welcome what the government has said, but it would be nice to clarify even further the fact that the more than 150 000 Britons present on the territory are welcome.

If no agreement is reached on March 29, 2019, could the situation in Calais turn into a nightmare?

I hope not. France and Great Britain have historically had good cooperation on the management of this border. It is important for the citizens of our two countries to make it very easy to visit. Once we leave the European Union, we want as many French to come over as before.