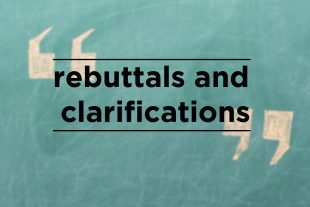 The Independent published a story incorrectly claiming that 109 black police officers have been recruited since March 2019. Please see our response below.

It is incorrect to say that only 109 black police officers have been recruited since March 2019.

This figure has been obtained by comparing two different sets of statistics. The recently published Police Uplift data remains provisional and does not yet accurately record the ethnicity of new recruits.

Our published Workforce statistics show that there were 9,174 Black, Asian and Minority Ethnic full-time equivalent police officers at 31 March 2020 – an increase of 842 on the previous year.

We’re working hard with the police to improve equality and diversity, and ensure forces are more representative of the communities they serve. Our campaign to recruit 20,000 additional officers over the next three years gives us a generational opportunity to do this.

We do not recommend comparing the Police Uplift and Workforce publications, as the police uplift data remains provisional and does not yet accurately record the ethnicity of new recruits.

The annual Workforce publication to March 2020 is a more comprehensive dataset providing detailed breakdowns on the entire police workforce, including ethnicity of joiners and leavers.

By contrast, the core focus of the Uplift publication is on measuring progress towards the year one uplift target of 6,000.

This publication does not go through the same assurance process as the Workforce data and may be subject to revisions in the next quarterly publication.

As at 31 March 2020, there were 9,174 full-time equivalent (FTE) Black, Asian, and Minority Ethnic (BAME) police officers in England and Wales, an increase of 842 (10%) compared with a year earlier. BAME officers represented 7.3% of all officers, an increase from 6.9% in the previous year.

We continue to work across policing to support forces in addressing under-representation in the recruitment, retention and progression of officers, including those from BAME backgrounds. The Government is committed to building trust among those communities where confidence in the police has remained lower.

The Home Secretary recently wrote to all Chief Constables and PCCs to urge them to maximise the opportunity presented by the uplift campaign to continue to diversify the police workforce.