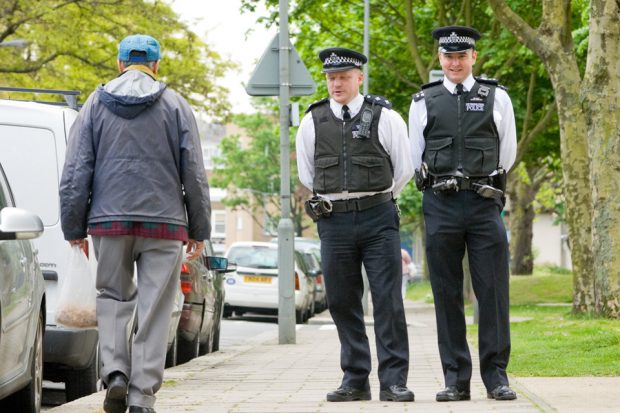 There are a number of high-profile stories relevant to the Home Office running this morning with coverage of police funding, new immigration checks on bank account holders, and funding for an investigation into child sexual abuse allegations.

The Telegraph, Mail, Guardian, Times, BBC News and Metro report on a blog written by the chair of the National Police Chiefs’ Council, Sara Thornton, in which she says that policing is under strain because mainstream officers have been drafted in to support counter-terrorist specialists following recent attacks. She told the Today programme this morning that there are increasing demands on the police despite a fall in crime and called for extra funding. Our statement on Ms Thornton's comments is below.

The Government will do what it takes to keep families, communities and our country safe.

That is why we are increasing funding for counter-terrorism by £3.4 billion and the Home Secretary announced £24 million in extra support for CT policing in addition to the £707m already committed for this year.

We have also protected overall police funding in real terms since 2015 and we are sensitive to the pressures on police forces across the country. We are engaging with them on the demands they are currently facing.

The Guardian splashes on the fact that banks and building societies are to carry out immigration checks on 70 million current accounts from January under what the paper describes as Theresa May’s plans to create a “hostile environment” for illegal immigrants in Britain. The Mail, Times and BBC News also report that the Home Office expects to identify 6,000 visa overstayers, failed asylum seekers and foreign national offenders facing deportation with the accounts of those identified closed down or frozen.  Our statement on the regulations approved by Parliament in December 2016 is below.

We are developing an immigration system which is fair to people who are here legally, but firm with those who break the rules. Everyone in society can play their part in tackling illegal migration.

As approved by Parliament in December 2016, from January banks and building societies will be required to carry out regular checks on the immigration status of all current account holders against the details of known illegal migrants to establish whether their customers are known to be in the UK unlawfully.

This is part of our ongoing work to tackle illegal migration. People who are here legally will be unaffected.

The Telegraph, Times, Metro and BBC News report that the police investigation into child sexual abuse allegations against former Prime Minister Sir Edward Heath, Operation Conifer, is to receive £1.1 million from the Home Office as a contribution towards the costs of Wiltshire Police.