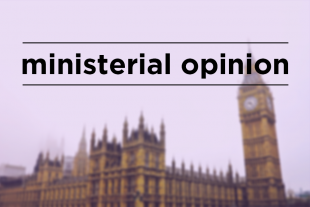 I woke up yesterday morning to the heart-breaking news from New Zealand.

Sick to the stomach by the massacre of 49 innocent worshippers as they attended Friday prayers.

They were targeted simply for being Muslims, as they paid their respects to God.

My own late father never missed Friday prayers. I often joined him, and I fondly look back on the peaceful moments we shared.

It is devastating to think how cruelly and suddenly that peace was shattered in Christchurch.

By a terrorist atrocity driven by a warped far-right ideology. A hate-fuelled attack on the freedom and values that unite us all.

My thoughts and sympathies are with the families of those killed, and with every single person affected.

I know British Muslims will be feeling worried right now.

I say to them what I told my own concerned friends and family members who contacted me in the aftermath.

You have my unwavering support at this terrible time. I condemn this atrocity with every fibre of my being.

Muslims are an integral – and hugely valuable - part of our society and I will redouble efforts to keep you safe.

Counter Terrorism police are stepping up patrols around mosques and advising on what people can do to protect themselves.

I have personally assured Imam Qari Asim, chair of Mosques and Imams National Advisory Board, that we will do all we can.

All too recently the UK was rocked by a wave of terror attacks. We know just how it feels.

Two years ago, I went to Finsbury Park and saw the devastation wrought by a terrorist at one of our own mosques.

Thankfully, Darren Osborne is now behind bars. But we know the threat from the extreme right wing is growing.

Almost half of those on our Channel programme in 2017/18 were referred because of far-right beliefs.

Since March 2017, police and security services have foiled four extreme right-wing attacks in this country.

This is proof that terror has no religion. Whether far right or Islamist, terrorist atrocities are about hate, nothing else.

I have made it my mission to address this despicable hatred against all faiths and communities, at every level.

In the week I became Home Secretary, in my very first meeting with CT Police, I asked about the Punish a Muslim Day letters. I even received one myself.

I urged police to redouble their efforts to catch the perpetrator and requested weekly updates. I was delighted when he was brought to justice.

The Government is taking action on many fronts to fight hate.

We are bearing down on attacks against those of all faiths and none with our refreshed Hate Crime Action Plan.

Nearly 50 mosques have been awarded grants from our Places of Worship Fund for security measures to protect them from hate crime.

Last week I chaired an anti-Muslim hatred roundtable, with the Communities Secretary, with Muslim leaders and pledged to do even more.

The live-streaming of these terrorist murders in New Zealand is absolutely repellent.

This video is still circulating online and I urge everyone to stop viewing and sharing this sick material. It is wrong and it is illegal.

Online platforms have a responsibility not to do the terrorists’ work for them. This terrorist filmed his shooting with the intention of spreading his ideology.

Tech companies must do more to stop his messages being broadcast on their platforms.

Allowing terrorists to glorify in the bloodshed or spread more extremist views can only lead to more radicalisation and murders.

This is the type of illegal behaviour that our new Online Harms White Paper will address.

Tech companies who don’t clean up their platforms should be prepared to face the force of the law.

The prayers of our whole country are with the victims of this atrocity.

Muslims remembered the victims in Friday prayers yesterday. Jewish people will do the same today, and Christians tomorrow.

Like New Zealand, the UK is an open, diverse and welcoming country.

We are hugely proud of our Muslim citizens who contribute so much to every walk of British life.

We will continue to cherish and protect British Muslims.

The terrorists will not triumph. This cowardly attack can only harden our resolve.

Together we are stronger.

We must stand side by side against hate.

Side by side with all British Muslims.

And above all, send a clear message – terrorism will never be allowed to divide us.