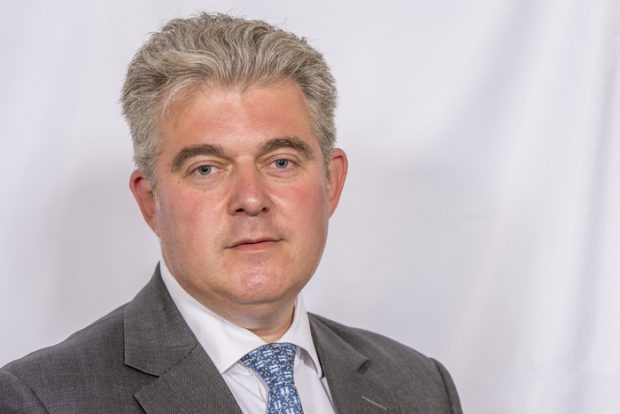 This week, the Minister of State for Security and Deputy for EU Exit and No Deal Preparation, Brandon Lewis, wrote in the Times about UK border security and Brexit preparation.

Our borders are ready — for traders, tourists and trapping terrorists

Our border is our gateway to the world. Whether its businesspeople coming to strike a deal or holidaymakers coming to see the sights, the UK border provides a secure and swift way for visitors to enter our country.

As we get ready for Brexit on 31 October, we are doing everything we can to ensure that the UK border remains one of the safest and most efficient in the world.

I recently visited Heathrow Airport to see how our Border Force and counter-terrorism police are preparing for Brexit. Heathrow is the busiest airport in Europe, with more than 80 million passengers passing through it every year. It is crucial that security is watertight and it is Border Force’s responsibility to ensure this, at Heathrow and across the UK.

The Chancellor recently announced a £344 million boost to ensure border and customs operations are fully ready for a no deal scenario. We’re putting that to good use, recruiting up to 1,000 new Border Force staff to maintain security as well as ensure that passengers and freight continue flowing smoothly across the border.

The recruitment campaign is progressing at pace. Since the job adverts went live at the end of July, we’ve had more than 34,000 expressions of interest from applicants wanting to become Border Force officers or apprentices.

This includes the recent training of over 150 Border Force ‘superusers’ to disseminate guidance throughout the rest of the workforce and accelerate the necessary preparations before 31 October.

This will help to ensure that, whether they’re staffing passport control or examining lorries coming into Dover, all our Border Force officers are equipped to keep our country safe.

It’s also important that we have the right technology in place to verify the identity of those seeking to enter our country.

The UK is a world leader in the use of ePassport gates, which use facial recognition technology to identify impostors. We have 264 gates in operation at 15 ports across the UK.

Since we expanded their use to seven additional nationalities in May, more than 2.5 million people from these countries have used the e-gates, ensuring that our border remains a safe and efficient point of entry to our great country.

At Heathrow, I also saw how our CT police work behind the scenes to protect our national security. This includes using Schedule 7 powers – where necessary and proportionate – to detect and disrupt individuals involved in terrorism.

Between 2015 and June 2018, Schedule 7 examinations assisted in around 30% of cases where an individual was later charged under the Terrorism Act.

These powers were integral to the conviction of Khalid Omar Ali, who was arrested by courageous police officers in Westminster in April 2017 with a stash of knives. Ali’s arrest followed months of investigation by police, in which a Schedule 7 examination played a crucial role.

Ali’s fingerprints had been taken during a Schedule 7 examination at Heathrow Airport in November 2016. Just a month later and through close cooperation between UK and U.S. authorities, Ali’s fingerprints had been positively matched to those found on IED component parts seized by coalition forces in Afghanistan in 2012. Ali was investigated by police ahead of his arrest in April 2017.

Ali received a sentence of life imprisonment in April 2018, with a minimum term of 40 years for offences relating to his activity in Afghanistan and his intended attack plan in London.

This is just one example of the hard work and dedication of those working at the border to keep us safe. And I can guarantee that, deal or no deal, on 31 October our border will be ready for Brexit.